In last weeks newsletter I mentioned a call I received from a local angler and a comment he made during our conversation. The gentleman seemed to shrug off the fact that the NC Wildlife Federation has been lying about Southern Flounder management and told me I couldn’t deny the fact that we’ve failed to rebuild the southern flounder stock or that if we had let them all spawn once we’d all get what we want, which is to harvest more fish.

I took this statement as a personal challenge as I believe both claims are absurd and easy to dispute.

Let’s start with the “let em spawn” theory. The theory behind the let em spawn approach, to managing fisheries, is to raise the minimum size limit to the point that the majority of the female fish, of a particular species, are sexually mature before being harvested. In theory, this allows the majority of females to spawn, at least once, and provide more fish for everybody. Both the CCA and NC Wildlife Federation champion the let em spawn approach and claim that, letting em spawn will benefit both commercial fisherman and anglers. As you might imagine, I have a much different take on the issue.

In my opinion, let em spawn, and every other initiative supported by the CCA and NCWF, has one goal in mind and does nothing to benefit commercial fishermen or most recreational anglers. That goal is to practically eliminate the harvest of many coastal fish species for both the commercial and recreational sectors.

For most coastal species of fish, like southern flounder, the females grow to be much larger than their male counterparts. By raising the minimum size limit, to the size where the majority of females are mature, you not only reduce the harvest of juvenile fish, you also virtually eliminate the harvest of males. Meaning, primarily females are harvested, the majority of which are sexually mature.

Is this a conservation strategy or a population control measure?

To make matters worse, there’s no guarantee that these, larger mature, females have spawned, even once, prior to being harvested. Southern Flounder grow rapidly during the warm summer months before leaving the estuaries and migrating to the ocean to spawn, in the fall and early winter. The peak fishing harvest occurs in the late summer and early fall, after these fish have reached or exceeded the minimum size limit but prior to spawning.

It’s also important to remember that these older mature females make up a very small part of a healthy fish stock. Imagine a healthy stock as a pyramid, with the largest section at the bottom being the more abundant juveniles, the smaller section in the middle being sub-adults and first-time spawners, and the little piece at the peak being older more productive spawners.

As the minimum size limit is increased it moves higher up the pyramid decreasing the number of fish that are available to be harvested. Simply put as the minimum size limit increases you focus harvest on the most productive, yet least abundant age classes. Under this type of management strategy there’s only two possible outcomes, you either limit harvest to a very, very, low level or maintain harvest levels until you remove most of the older productive females, truncating the age structure and triggering management , eventually limiting harvest to a very, very low level!

On the other hand, you could decrease the minimum size limit or implement a slot limit, shifting harvest to the more abundant smaller fish while protecting the larger more productive females, which have the spawning potential to replace the smaller fish harvested each year.

This type of management strategy has the potential to increase the number of fish that can be harvested annually and the stocks ability to replace those fish, the definition of sustainable harvest. Some of you are probably thinking, I thought the CCA and NCWF support a slot limit for southern flounder, and they do, now.

Until recently, both the CCA and Wildlife Federation supported raising the minimum size limit to 18 inches, but then changed their position to support a slot limit of 12 to 18 inches for southern flounder.

But why, the sudden change of position?

The truth is neither group supported a slot limit until the DMF made it known that they intended to recommend a quota, in the Southern Flounder fishery, based on pounds of total removals, for both sectors, with overage paybacks required. While a slot limit, on its own, could increase the number of fish harvested, a slot limit paired with this type of quota could completely eliminate harvest all together!

Currently the recreational sector kills and estimated 180,000 flounder annually, through dead discards in the hook and line fishery. If the average weight of those fish were to increase to just 1.48 pounds those dead discards alone would account for the entire recreational quota at a 50% / 50% recreational/ commercial allocation, completely eliminating recreational harvest.

How many fish over 18 inches do you have to release to increase the average weight to 1.48 pounds?

In 2021 the recreational sector harvested 625,000 pounds of flounder, more than double  what their allocation would be at a 50% / 50% split. These fish were harvested in just 2 weeks with a 15-inch size limit and 4 fish bag limit.

How much would the season and bag limit have to be decreased if House Bill 894, supported by the CCA and NCWF, had been approved by the NC General Assembly?

That’s right, you wouldn’t have a harvest season or bag limit if they have their way!

Just like with the “let em spawn” approach the ultimate goal is to eliminate harvest and not just commercial harvest. To add insult to injury, while anglers, commercial fishermen, and consumers are forced to sacrifice in the name of “rebuilding”, the CCA is holding virtual, catch, photo, and release tournaments for flounder, encouraging anglers to target these fish outside of the harvest season. In these tournaments, CCA members only, can win prizes for their largest flounder, just by taking a picture of the flounder lying on a measuring tape.

How long do you have to keep a flounder out of the water before it calms down enough to stop flopping around and pose for a picture on a measuring tape?  How much does this increase discard mortality rates?

It’s all I can do to hold one down long enough to measure it, much less let it go and take a picture!

All about the resource, conservation, and increased recreational access? I’m calling BS on all of the above!

Next week, have we failed to rebuild the Southern Flounder stock?

As always, we’re counting on you to spread the word!

The General Assembly will meet this week on Wednesday & Thursday to address the redistricting issue. That is the only issue they are expected to discuss and vote on.

We appreciate those three who have signed on to this important legislation.

IT’S IMPORTANT THAT ALL MEMBERS TRY TO ATTEND OR ASSIGN PROXIES TO ATTENDING MEMBERS, AS IT TAKES A MINIMUM OF 50, EITHER IN ATTENDANCE OR BY PROXY, TO CONDUCT BUSINESS.  THIS IS THE ONE AND ONLY MEETING A YEAR WHERE ALL MEMBERS INCLUDING HALF PERCENTERS, CAN VOTE ON ISSUES AND GIVE DIRECTION FOR THE ORGANIZATION. 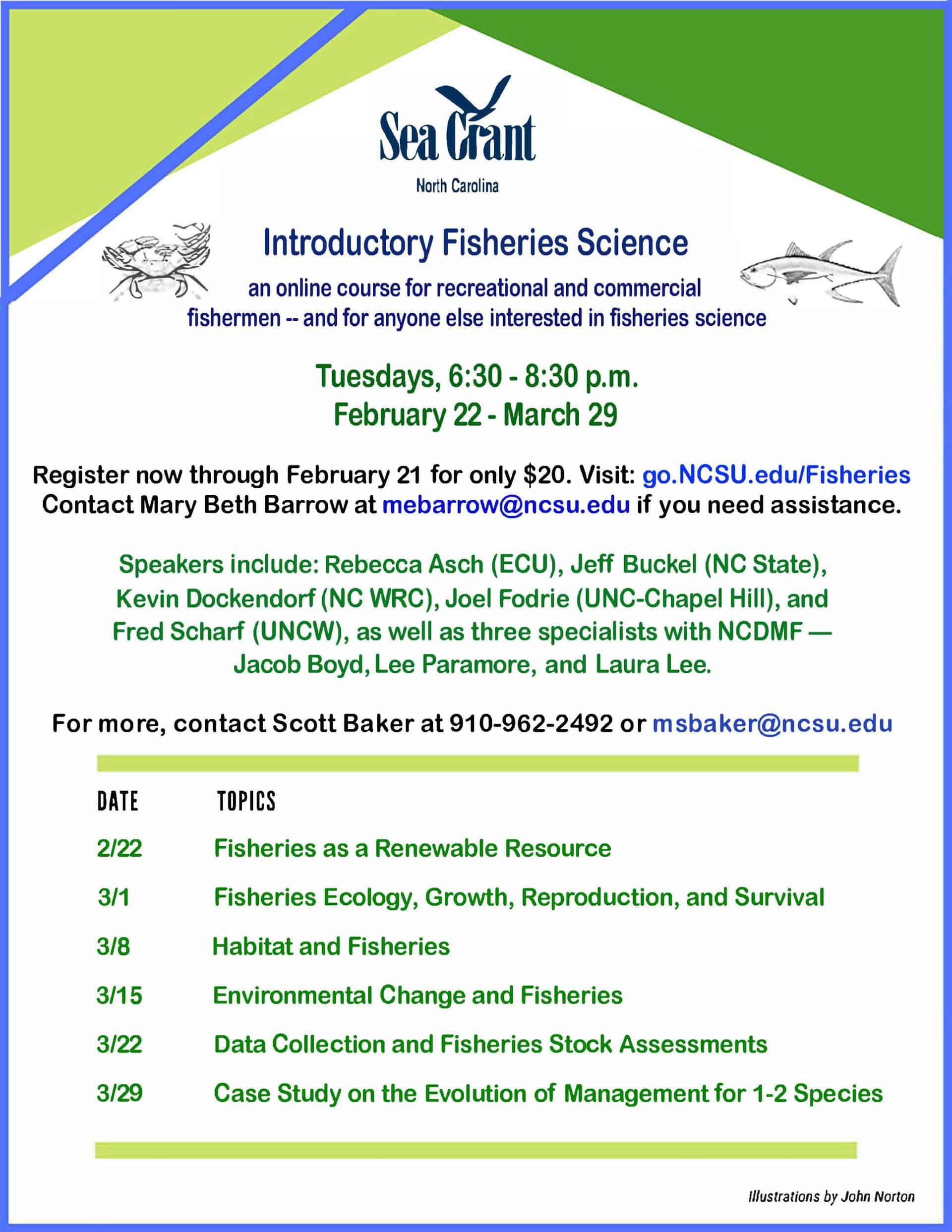