The NC General Assembly will convene September 2nd at noon. Session probably won’t last very long and not expected to deal with anything other than appropriating federal funds for Covid-19 relief. Key words being “not expected”. They can do just about anything.

RESIGNATION:
Rep. David Lewis resigned late last week from the House after serving for nearly 20 years. He was Chairman of the House Rules Committee and had a lot to do with what bills were brought up for consideration. He resigned due to legal problems. Speaker Tim Moore had earlier name Rep. Destin Hall from the town of Lenoir NC as co-chair and is assumed to be the new Chair of the Rules Committee.

FROM OUR EXECUTIVE DIRECTOR- GLENN SKINNER

The NCFA recently requested that DMF Director Steve Murphey consider raising the daily Commercial trip limit of Red Drum during the short 2020 commercial Southern Flounder season. The intent of this request was to reduce dead discards (waste) of Red Drum captured incidentally by fishermen targeting flounder. Red Drum are occasionally caught by fishermen targeting flounder and the current 7 fish daily limit has resulted in unnecessary waste that could be easily prevented by adjusting the bag limit.

During last week’s MFC business meeting Director Murphey informed the Commission that he was considering granting our request.  This simple statement sparked outrage among a crazy few who publicly portrayed our request as PURE GREED!

It is my understanding that my request of Steve Murphey to consider raising the commercial daily trip limit of Red Drum during the short 2020 flounder season has become unnecessarily controversial. There has been a lot of misinformation on social media and I have to assume you are receiving the same information. I want to set the record straight on some of these issues and I wish DEQ and the Division would do the same.

An additional 285,101 fish were killed and wasted during this same time period, many of which could have been harvested for food if the daily trip limit was higher. If just half of these fish had been harvested it would have added an additional half a million pounds of harvest and reduced waste by 50% with no additional impact to the stock.

Unfortunately in the past politics not science has dictated these decisions resulting in significant and unnecessary waste.

It’s been stated many times that NC has the strictest recreational Red Drum limits of any state on the East or Gulf Coast and this is true with the exception of Florida which closed harvest of Red Drum and Speckled Trout in 2019 and has now reopened with most of the state having the same size and bag limits as NC.

I’m sure you have seen the list of bag limits for Red Drum and other species from other states and the claim that NC anglers would take any of the other states limits over our own but did you know that NC had the same options as other states when it comes to Red Drum?

We could have allowed recreational anglers to harvest 2,3, or even 5 Red Drum just as other states have done but at the urging of the so called ” recreational representatives” chose to be the most restrictive state.

These same folks now use the 1 fish bag limit they advocated for as proof of failed management in NC.

I agree that the 1 fish bag limit represents a fishery management failure as it has created waste in the form of recreational dead discards that are again nearly double the total number of fish killed by commercial fishermen over the last two decades!     At least a percentage of these fish could and should have been harvested by NC anglers with little to no negative impact to the stock as they have been removed from the stock already just not harvested.

This waste can easily be reduced by raising the recreational bag limit and adjusting the slot limit to match the conservation equivalency of our current regulations. This would not represent a less restrictive management option as it achieves the same net benefit to the stock with less waste.

If Director Murphey had the authority to raise both the recreational and commercial daily limit of Red Drum by proclamation, I would have requested that he do so in an effort to reduce the massive amount of waste that occurs in the Red Drum fishery, unfortunately he does not.

He does however have the authority to, at his discretion, raise the commercial trip limit by proclamation.

The data does not suggest that raising the trip limit will have any negative biological impacts especially with such a short season so I am respectfully requesting that you ignore the propaganda and allow Director Murphey to use the data and his discretion to make this decision.

I would also request that the MFC consider taking action to turn a significant percentage of the millions of fish killed and discarded by recreational anglers into harvest by raising the recreational bag limit for Red Drum.

Within hours this letter was posted on social media by the same folks who the day before had accused commercial fishermen of overfishing Southern Flounder and now attempting to do the same to Red Drum.

The same individuals who claimed the only justification for our request had to be “pure greed” one day earlier were now claiming that the relatively small impact North Carolina’s Commercial fishermen were having on Red Drum populations was justification for making Red Drum gamefish (prohibiting sale) and banning gillnets.

HOW GREEDY DO YOU HAVE TO BE to place the soul blame for overfishing a multi-state stock of flounder on North Carolina’s commercial fishermen when the recreational sector is killing over 60% of those flounder? 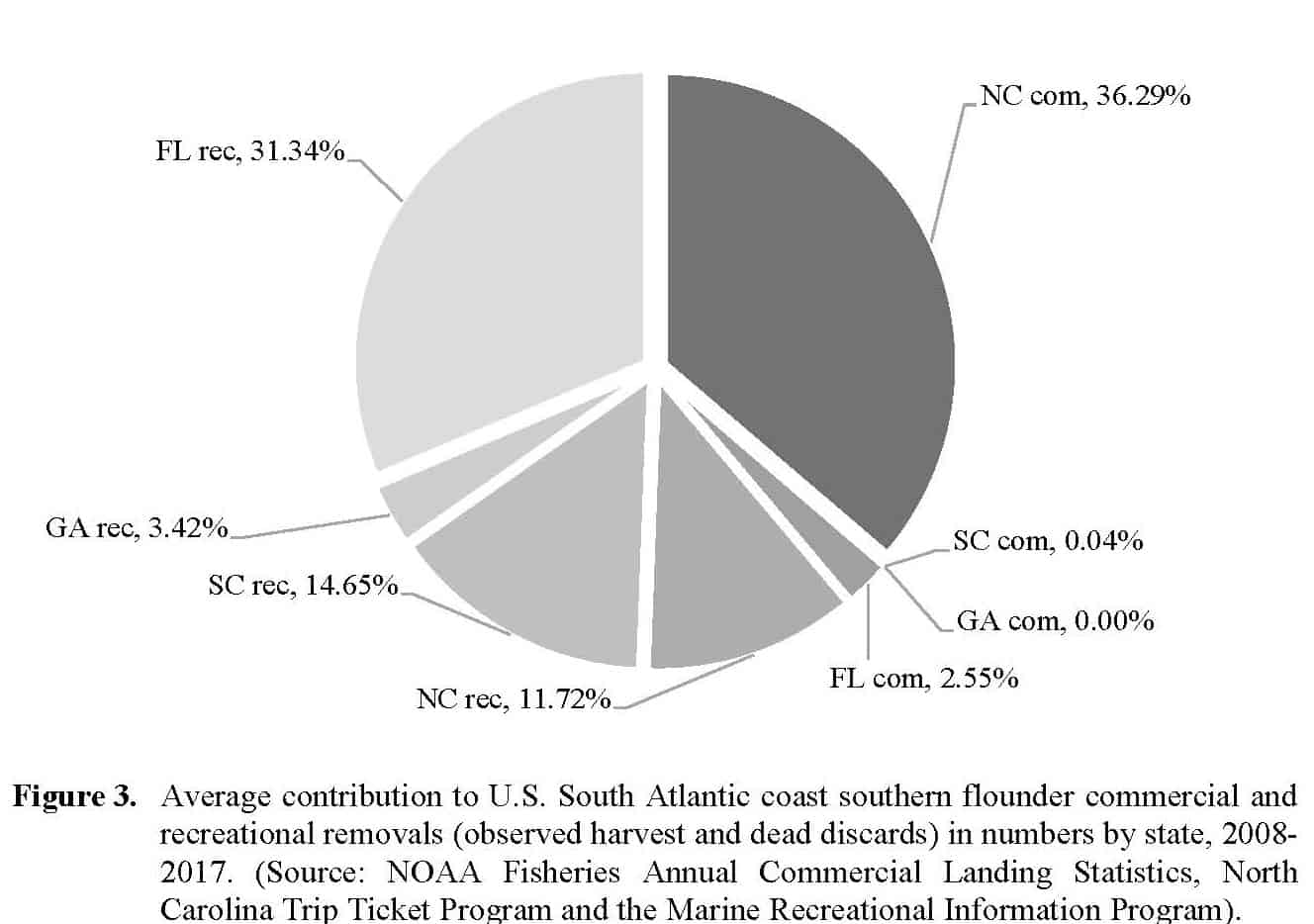 HOW GREEDY DO YOU HAVE TO BE to demand that Red Drum be made a gamefish and gillnets be banned when the recreational sector is consistently responsible for 90 percent of the annual total removals? 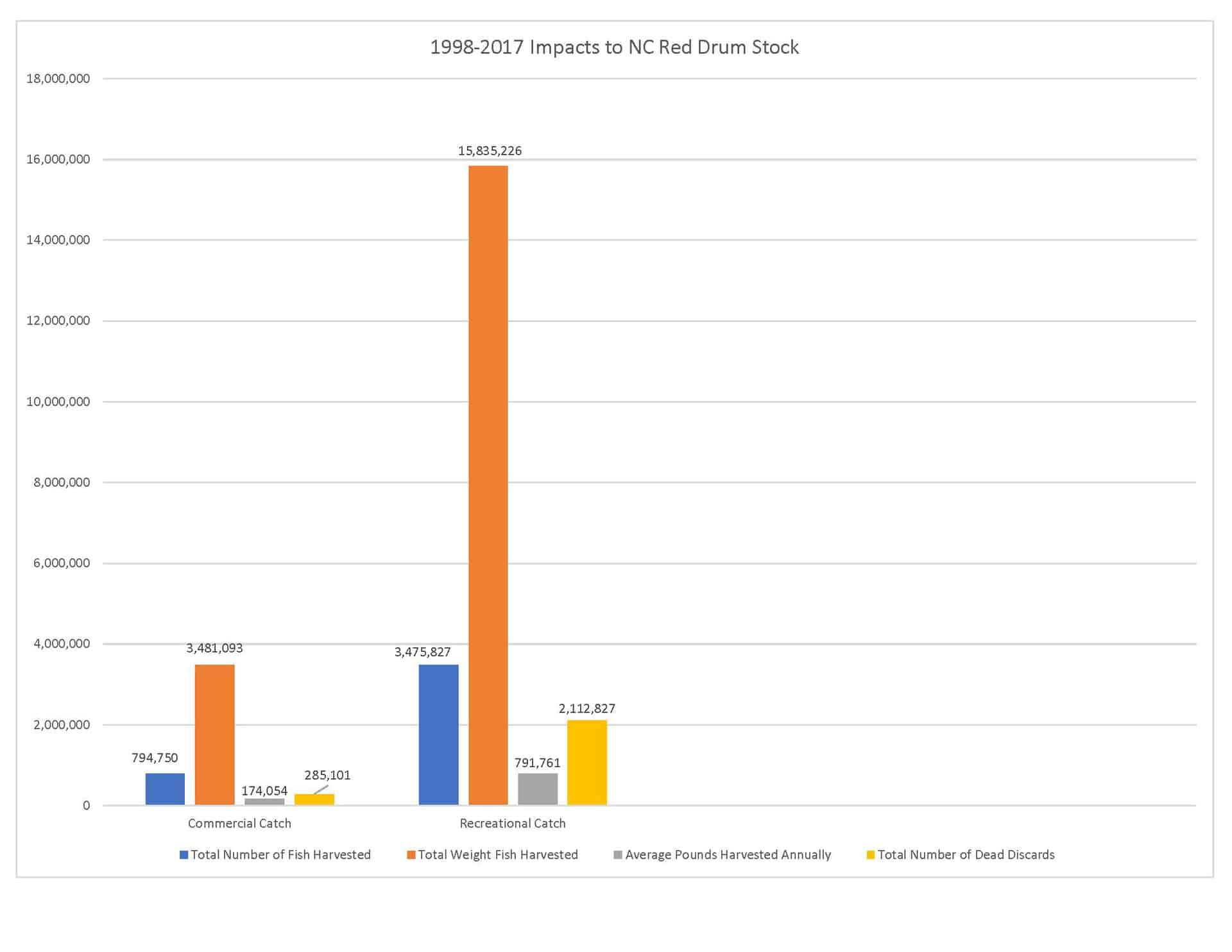 PURE GREED is having most of the fish and wanting them all NOT asking for more fish because the thought of throwing back a dead, but otherwise consumable, fish seems morally wrong!

Game fish and net bans ARE NOT management measures THEY ARE political measures meant to reallocate the stock not conserve it!

Gamefish and net bans enacted in other states HAVE NOT prevented overfishing or the need for further harvest reductions!

The commercial Red Drum fishery is managed under a 250,000-pound annual cap. If the landings meet the cap further harvest is prohibited, if commercial harvest exceeds this cap before the fishery is closed the amount of the overage is deducted from the following years allowed harvest.

There is no reason to assume that raising the commercial trip limit for the 3 to 4-week flounder season would result in an overage instead it would allow fish that are known to die from post release mortality to be harvested, reducing waste with no negative impacts to the stock.

IF THE COMMERCIAL DAILY BAG LIMIT FOR RED DRUM IS NOT RAISED IT WILL BE FOR POLITICAL REASONS NOT SCIENTIFIC!

North Carolina’s recreational anglers should be outraged that their 1 fish daily bag limit has resulted in millions of fish being wasted over the last two decades.

The recreational limits could have been higher allowing anglers to prevent waste and feed their families at the same time but NC gave in to political pressure and chose to be the most restrictive state on the East and Gulf Coast.

It did not have to be this way and commercial harvest had nothing to do with strict recreational bag limits. The CCA chose this limit for you and immediately blamed commercial fishing for their choice!