A Word from the Director of Government Relations

As I write this the General Assembly is still in session. The Senate says they may adjourn soon and the House says it will probably be the end of the year. Nothing really new to report since the last column, but it is a tad difficult to keep you up to date on issues via Tradewinds due to being published every other month and the time between writing this column and when you actually receive the magazine. If you want to get info in a timelier manner on specific issues, please request that your email address be added to our Weekly Update list as we send it out weekly.

On October 16th the US House Committee on Commerce, Science and Transportation held a hearing on FEEDING AMERICA: MAKING SUSTAINABLE OFFSHORE AQUACULTURE A REALITY.

The description about the hearing provided by the committee:

This hearing will examine opportunities and barriers to expanding sustainable aquaculture in the U.S. Witnesses will discuss the environmental, economic, and social realities of open ocean aquaculture, and the need for a streamlined and predictable policy framework for advancing the development of offshore aquaculture.

Senator Roger Wicker from Mississippi, Chairman of the Committee, indicated he will introduce a bill next year. Similar legislation introduced in the past was unsuccessful.

Newly elected Congressman from the Third District, Greg Murphy made a stop in Pamlico County to discuss federal fishing issues. We made arrangements for a meeting at the dock of Endurance Seafood in Oriental. We talked primarily about how the Endangered Species Act is affecting commercial fishing and the H2B Guest Worker problems that hurt the crabbing industry in North Carolina. The crabbers told Greg about turtles destroying their crab pots. He also asked about the southern flounder issue, although that’s a state issue.

We appreciate Keith Bruno allowing us to meet at his dock and for Congressman Greg Murphy, Lindy Robinson and Wayne King attending. (Wayne is the Deputy Chief of Staff and District Director for Congressman Mark Meadows, also of North Carolina and Chairman of the Freedom Caucus.) 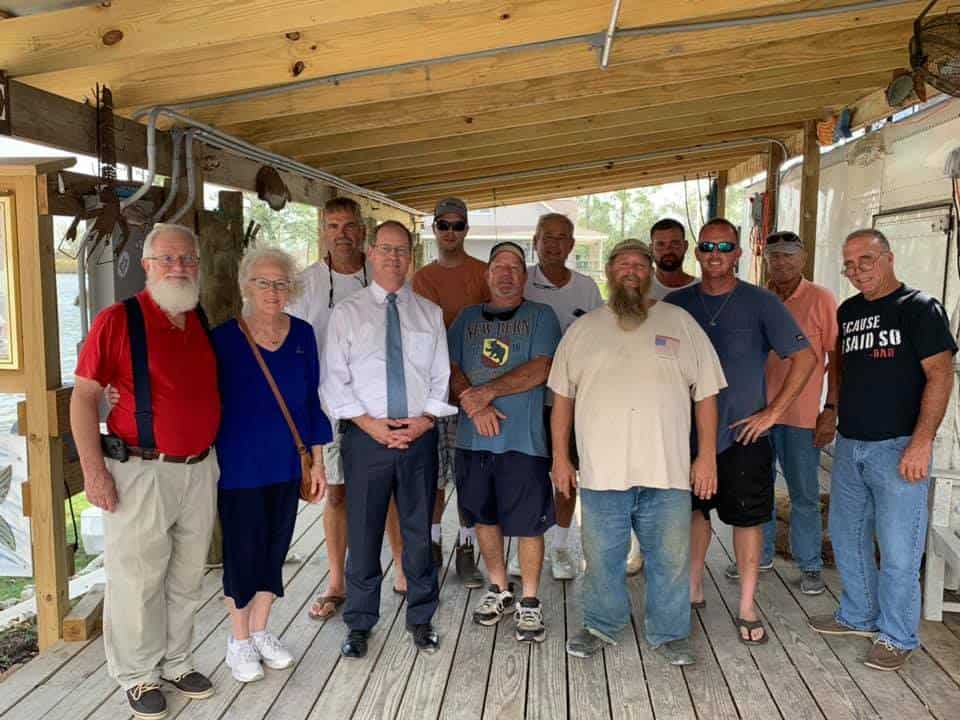 An Update From Glenn

IN EVERYTHING, GIVE THANKS