The Senate and House go into session at noon on Tuesday, January 14th. This special session isn’t expected to last long with the main issue being possible override of some of the bills vetoed by Governor Cooper. The “short session” will begin sometime in April/May.

NCFA will be making a trip to Washington DC in the upcoming weeks. We’ll be meeting with our congressional delegation and staffs about specific federal fisheries issues and the H-2B guest worker program.

Listed below are some of the races for North Carolina Senate and House for the primary. Only those of particular interest to the fishing industry are shown. This list is not inclusive with all candidates, but is meant to give you an idea of what to expect in the primary, which will be held on March 3rd. More detailed information will be noted in the upcoming weeks, including candidate forums and/or meet and greet.

NCFA would like to extend our condolences to the Gibbs family as well as the families of Keyron Davis and Sammy Douglas for their loss.  Our prayers are for peace and comfort during your time of sorrow.

“Back in the mid-90s, the Pamlico Auxiliary of the NC Fisheries Association took a bus trip to Washington DC to meet with our congressional folks and their staffs. One of the folks that made the trip was Floyd, (F.G)., Gibbs, the Captain of the fishing vessel, Papa’s Girl. The picture attached was taken at a rally on the Capitol lawn as part of the Fly-In sponsored by the Alliance for America.” -Jerry Schill 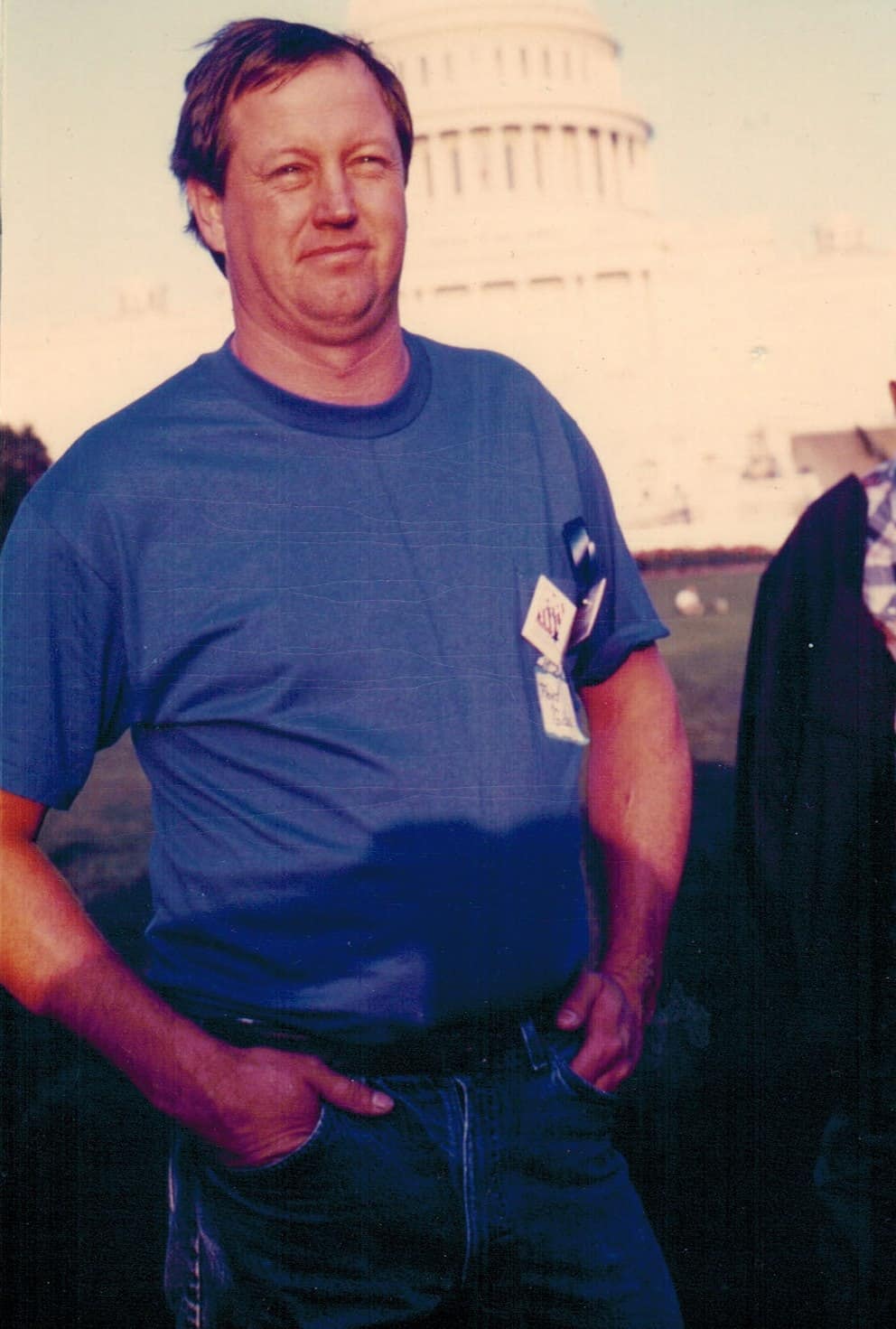